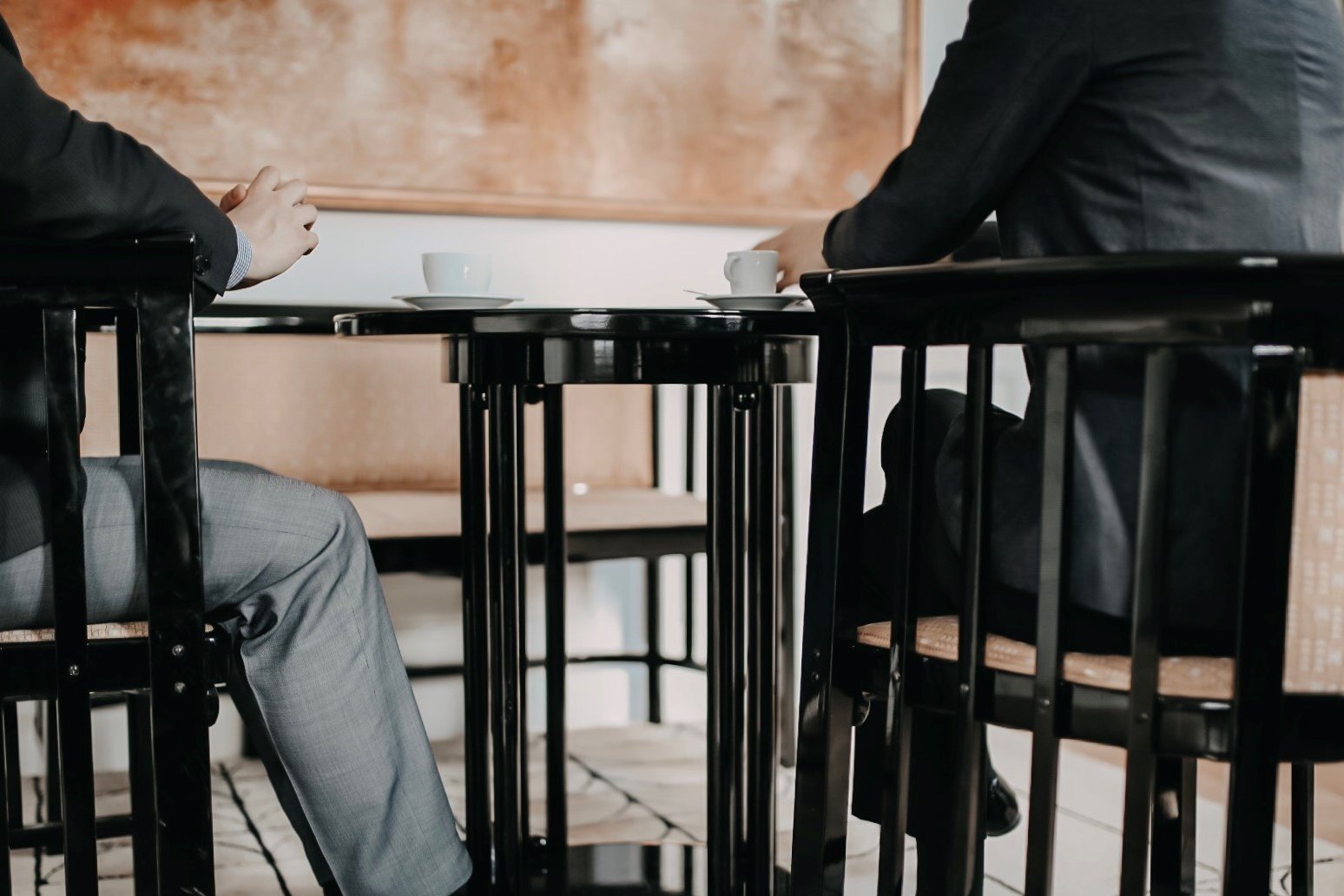 In June 2020, the ICSID tribunal in Addiko Bank v Croatia rendered a decision on Croatia’s jurisdictional objection which was based on the alleged incompatibility of the BIT with the EU acquis, i.e. the body of common rights and obligations that are binding on all EU Members, including the Achmea decision. Once more, this tribunal also rejected the “Achmea-objection”.

The Article was first published on Kluwer Arbitration Blog, on 11 September 2020

After more than two years of an ever-evolving Achmea-saga, we shall now reap the fruits. Many arbitral tribunals have rejected the application of the CJEU’s findings, such as in the ICSID arbitration UP and C.D. Holding Internationale v Hungary or the ECT arbitration in Vattenfall v Germany (see e.g. here). More recently in June 2020, the ICSID tribunal in Addiko Bank v Croatia rendered a decision on Croatia’s jurisdictional objection which was based on the alleged incompatibility of the BIT with the EU acquis, i.e. the body of common rights and obligations that are binding on all EU Members, including the Achmea decision. Once more, this tribunal also rejected the “Achmea-objection”. Thus, despite 23 EU Member States having signed a plurilateral treaty for the termination of intra-EU BITs (“Termination Treaty”) in May 2020, the tug-of-war between the EU and the arbitral tribunals continues.

This blog post focuses on the most recent decision rendered by the Addiko tribunal which came to the conclusion that the arbitration under the Austria-Croatia BIT is not incompatible with the EU acquis. Although this is another encouraging outcome for all affected investors, the line of argumentation used by the tribunal might cause practical difficulties for the users of international investment arbitration.

Changes in Croatian Legislation Sparked an Outcry From Banks

In 2015, Croatia passed new legislation providing that loans and mortgages were converted from Swiss francs to euros. In the view of the banks, they were obliged to bear the cost of conversion of over US$ 1 billion. This triggered a series of ICSID arbitrations by several banks including the Austrian Erste Group; Raiffeisen; the Austrian branch of UniCredit; and Addiko.

In the proceedings between Addiko and Croatia, the State objected to the jurisdiction of the arbitral tribunal due to the incompatibility of the BIT with the EU acquis according to Article 11(2) of the Austria-Croatia BIT (“BIT”): “The Contracting Parties are not bound by the present Agreement insofar as it is incompatible with the legal acquis of the European Union (EU) in force at any given time.”

This argument raises two issues: First, what does “incompatible” mean? To answer this, a close analysis of the EU acquis is necessary. Second, when does this apply? Obviously, there is a big interest in knowing whether the EU acquis – which will be analysed in the following sections – applies to all arbitration proceedings that were initiated under this BIT.

According to Croatia, Article 11(2) of the BIT relieved Contracting Parties from all BIT obligations that were incompatible with the EU acquis, including the ISDS clause in Article 9 of the BIT. In defining what “incompatible” meant, Croatia relied on the decision rendered in Achmea where it was established by the CJEU that the jurisdiction of arbitral tribunals was incompatible with the EU Treaties, in particular with Articles 267 and 344 TFEU.

What is very special about the BIT at hand is the somewhat unique or at least rare inclusion of an express conflict clause in Article 11(2). That provision clearly states that EU acquis trumps the BIT, establishing a hierarchy. It also, however, presupposes some certainty about what the EU acquis is exactly. In order to circumscribe the pertinent acquis, the tribunal chose a very efficient way forward. It recalled “the functional concerns” mentioned by the CJEU in relation to the choice of law clause contained specifically in Netherlands-Slovakia BIT, which stipulated the application of EU law. While the CJEU held that only fora within the EU system are authorised to interpret and apply EU law, it had at the same time no objections to tribunals outside the EU structure interpreting and applying law of a purely international character. The CJEU repeated this view in para. 118 of its Opinion 1/17 related to CETA (see also here). The Addiko tribunal therefore concluded that the CJEU did not suggest that EU Member States were barred from offering to arbitrate disputes under treaties that were not even partly governed by EU law but only by the express treaty provisions and by general principles of international law. As the Austria-Croatia BIT did not contain a comparable choice of law clause giving rise to such “functional concerns”, it would fall under the realm of accepted treaties by the CJEU. The tribunal thus concluded that the arbitration under the Austria-Croatia BIT was not incompatible with the EU acquis.

From Technical Theory to Picante Practice

In summary, the Addiko tribunal related “functional concerns” of BITs to the choice of law contained therein – but what does this mean for investors? In light of this decision, investors cannot rely on apparent offers to arbitrate in BITs as soon as there is a reference to the domestic law – including EU law. This again implies that any investor would have to examine in depth all BITs of potential receiving states and to identify traces of EU law before an investment could even be initiated. Alternatively, what happens in practice if a BIT is absolutely free of “functional concerns”? Investors could rely on international principles of course. But could they also rely on EU law at the same time? Before this could be done, a close analysis would be necessary to draw a clear line between the rights granted under EU law and under international law – if this is even possible. If this exercise is done, would investors then be confronted with two alternative legal actions, one in front of arbitral tribunals and another in front of domestic courts, finding themselves between Scylla and Charybdis? Would investors need to take an ultimate decision on which rights they want to rely on while waving the other ones? Many questions therefore remain as a result of the Addiko tribunal’s approach.

Also, the question of whether Achmea had retroactive effect was extensively treated in this arbitration. Croatia alleged that the State was not bound by the BIT from the date of its accession to the EU in July 2013. Achmea was only an interpretation of the TFEU which was already in place at that time. The interpretation therefore did not create new acquis on its own but rather “clarified and confirmed” an incompatibility that was already inherent from the very moment of accession.

This reasoning is – at least for the author – quite counterintuitive as it seems to contradict any legitimate expectations of investors. Similarly, Addiko argued that Achmea did not have retroactive effects since it would deprive private parties of the protection that BITs afforded to them up to the date of the Achmea decision. The tribunal found that the specific wording in Article 11(2) reading “the legal acquis […] in force at any given time” implied that the provision only related to the acquis which was in force or “manifest” in 2015. One could say that the tribunal “froze” the acquis as it was when the treaty parties gave their consent to arbitrate.

Such a threshold of “manifest” was derived by the tribunal from the principle of “manifest violation” laid down in Articles 46 and 69 of the VCLT, which broadly provide that States shall not invoke domestic provisions to invalidate their consent to be bound by a treaty unless the violation of internal law “was manifest”. Acts which have been nevertheless performed in reliance of such invalid treaty in good faith and before the invalidity was invoked are not rendered unlawful.

The tribunal persuasively pointed out that if intra-EU BITs were indeed incompatible with the TFEU from the moment of the State’s accession to the EU, this profound deficiency was overlooked by many players in the EU, including the European Commission. Thus, the alleged incompatibility was “certainly not manifest” prior to the CJEU’s findings in Achmea. As a result, the tribunal concluded that any invalidation of the ISDS clause in Article 9(2) by virtue of an incompatibility with EU acquis pursuant to Article 11(2) could not affect any consent to arbitration that was given before the Achmea judgement but for future arbitrations only.

Amidst these cogent arguments, the tribunal, however, restricted itself to the specificities of the BIT at hand and to general principles of international law. Most likely, this decision will be helpful for other tribunals in proceedings under the Austria-Croatia BIT, however, it is somewhat unsatisfactory regarding its practical implementation. So, since when should investors have known of the risk associated with relying on the ISDS clause in the Austria-Croatia BIT? According to the tribunal and principles of international law, only after Achmea. According to Croatia, already in the “pre-achmeic age”. Especially with regard to legitimate expectations, many investors would have been grateful to receive an answer to the question on how to resolve the differences between those two stances. However, the Addiko tribunal expressly decided to leave the more general issue of retroactivity as a matter of EU law aside (para. 271).

I dare to make the observation here that the tribunal dropped this hot potato in order to avoid creating further damage in this political melodrama. On the other hand, the tribunal remained consistent with its own argumentation. In order to clarify this question, it would have needed to interpret EU law. According to its own reasoning as shown above, the jurisdiction of an arbitral tribunal is only compatible with the EU acquis if the proceedings are governed purely by international law, leaving no room for any application or interpretation of EU principles. In the end, the snake is biting its own tail.

Meanwhile, the retroactive effect of Achmea was officially laid down in the Termination Treaty. All arbitrations that were not concluded until Achmea was rendered, including the proceedings that were already pending, are supposed to be terminated (see here). This, however, cannot be reconciled with the principle enshrined in Article 70(1)(b) of the VCLT as it clearly states that any form of termination has no retroactive effect. This holds even more true with BITs as they are different in nature conferring rights to a third-party beneficiary – the investor. Against this background, the principle of legal certainty and the doctrine of acquired rights is of crucial importance. As underlined by Addiko, investors need to be capable of unequivocally ascertaining their rights at a given point in time, especially where financial consequences are involved.

Concluding, some arbitration practitioners – including myself – would probably wish to see more arbitral tribunals “taming” Achmea as it is seemingly getting out of hand. Over the coming years, we will be able to observe whether the Addiko tribunal’s views will withstand the ultimate reality check – the enforcement stage. Some enforcement courts were left unimpressed by the “Achmea-objection” (see e.g. PL Holdings v Poland). Meanwhile, the Termination Treaty has entered the stage which, once ratified, will be a real game changer. This is also true for the countries that have refrained from signing the Treaty. Austria is one of the EU Member States that prefer bilateral termination at a later point in time. Bearing in mind that there are currently four pending proceedings of Austrian banks against Croatia, the reasoning behind this sudden U-turn after the Declaration of 15 January 2019 might be obvious. However, with the prospect of possible infringement proceedings, Austria will have to go with the flow eventually. The Achmea-saga – to be continued.