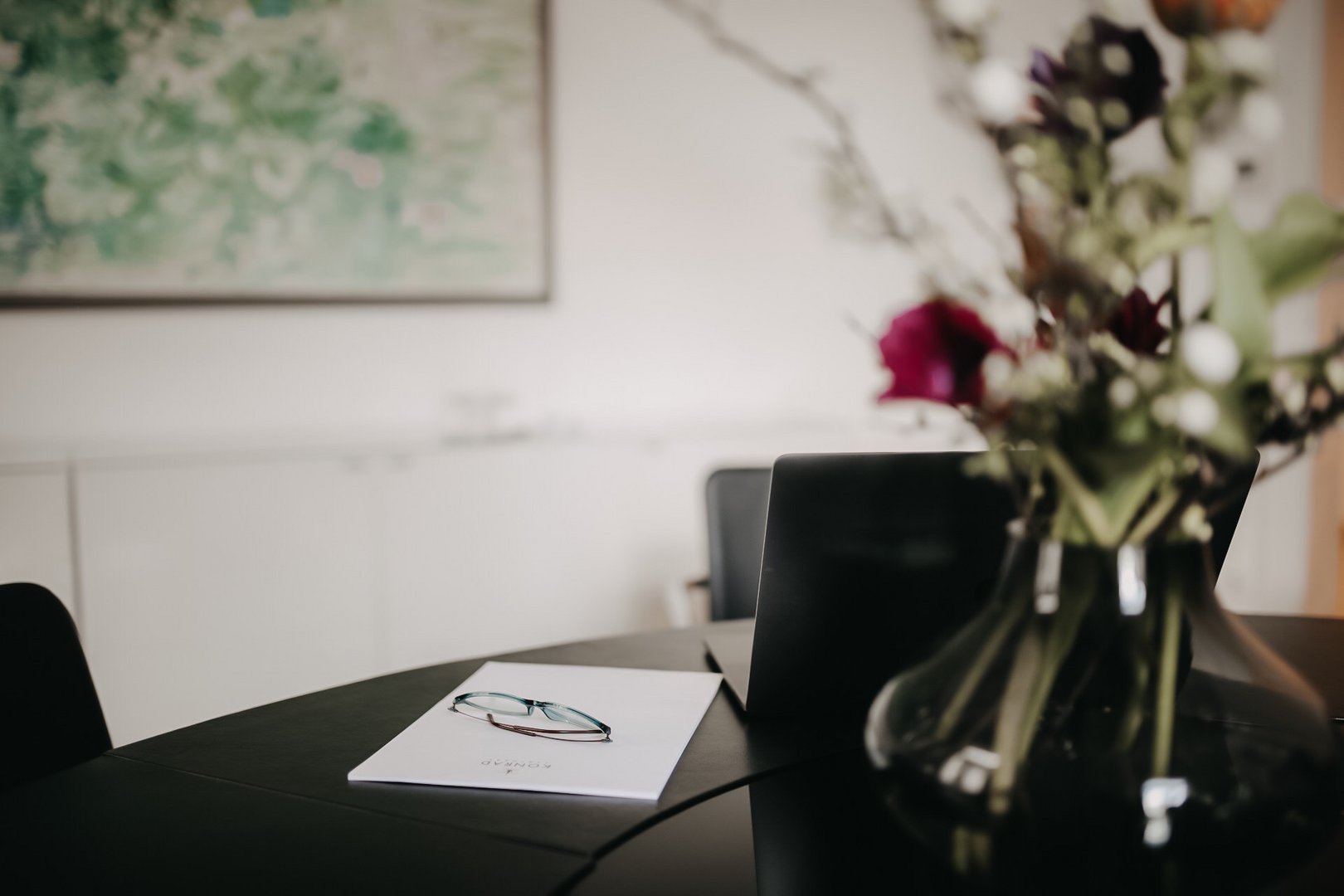 Trapped in Humanity: Unconscious Bias Within Perception and Decision-Making in Arbitration

In dispute resolution, the skill of coherent and convincing “storytelling” is essential for an attorney to win its case. Similarly, as arbitrators are given substantial authority by the parties, transparent and rational decision-making may be of crucial importance to fruitfully resolve a dispute.

As is generally known, humans are social beings – and so are arbitrators and attorneys. In dispute resolution, the skill of coherent and convincing “storytelling” is essential for an attorney to win its case. Similarly, as arbitrators are given substantial authority by the parties, transparent and rational decision-making may be of crucial importance to fruitfully resolve a dispute.

If unconscious biases rooted in social norms and belief systems influence a decision-maker’s judgement, purely logical thinking is not an easy task. Unconscious biases are deeply engrained stereotypes that manifest unintentionally and influence behaviour. Where biases exist, individuals draw inferences or adopt beliefs without being supported by any evidence or a logical train of thought (Haselton/Nettle/Andrews in Buss, 2005, p. 725). Even the ancient Greek philosopher Plato knew that the subconscious mind has a decisive influence on how information is processed (Plato, 1993, p. xxviii).

Today, this insight enjoys the support of scientific research, as psychologists have found that people primarily make judgements intuitively that are then sometimes modified by a deliberative process (Kahneman, 2011, pp. 24 et seq.). Rationality therefore is not ranked first. As a matter of fact, even one’s law school education does not effectively shield arbitrators and attorneys from the selective perception of information or potentially flawed decision-making. However, legal practitioners decided to track their own unconscious biases and adapt an interdisciplinary approach to process strategy, taking into account psychological dynamics in perception and decision-making.

Psychological studies have identified a vast amount of unconscious biases. Due to their practical relevance, the following contribution focuses on the so-called confirmation bias as well as the effect of inadmissible evidence on the decision-making process in arbitration.

The Confirmation Bias in Arbitration

The confirmation bias describes the tendency to process information in a way that supports an already existing hypothesis (Scott, 1993, p. 233). Or as philosopher and author Arthur Schopenhauer poetically describes it: “An adopted hypothesis gives us lynx-eyes for everything that confirms it and makes us blind to everything that contradicts it” (Schopenhauer, p. 2017). Arbitrators and attorneys are likewise prone to fall into this trap of selective perception as will be shown below.

The Confirmation Bias and Attorneys’ Perception of Information

In dispute resolution, the essence of an attorney’s function is to understand the client’s beliefs and tell their story in the most convincing way. Attorneys will therefore search, interpret and favour information selectively in order to find enough factual and legal authorities to support their case (Baron, 2008, pp. 195 et seqq). However, if not all the available information is scrutinized, practitioners may run the risk of blinding themselves to confirmation bias and neglect potentially damaging material relevant to the case. Similarly, problems may arise when objectively ambiguous evidence is construed as supporting counsel’s client (Baron, 2008, pp.208 et seqq). As a result, attorneys could be subject to a substantial misperception and consider their desired outcome as already or easily proven. Since this misperception also may operate inversely, opposing counsel may become equally overconfident and believe to be in a stronger perceived position (Baron, 2008, p. 210).

To become aware of one’s own confirmation bias, practitioners could regularly analyse their own beliefs of the case at hand. Also, a comparative examination of the counterparty’s position by a third party may help alleviate concerns. By taking these additional steps, though, attorneys can identify possible inaccurate and subjective beliefs tainting their judgement and thereby prevent selective perception and misperceived self-confidence which may not mirror factually available information.

The Confirmation Bias and Arbitrators’ Decision-Making

The confirmation bias also lays hold of arbitrators as soon as the so-called coherence effect sets in. In the course of deciding on a case, the arbitrator’s view gradually reaches a state of coherence on how things could have developed between the parties and what the respective consequences will look like (Sussman, 2014, p. 89). This turns out to be the pitfall of selective perception, where arbitrators endorse the arguments that support their result while rejecting arguments that contradict it (Simon, 1998, p. 20). While arbitrators believe that they keep an “open mind”, the confirmation bias is however merciless. As lawyers and social psychologists have shown, arbitrators have already established a clear leaning by the end of the opening statement of a party, even prior to any exposure to evidence. Consequently, they conclude that the arbitration presentation itself is a process of filtering through the evidence to “test their individual hypothesis about the case” (Waites/Lawrence, 2010, pp. 109 et seqq).

To weaken the effects of the coherence and confirmation bias in arbitration, the majority of arbitrators believe that it is helpful to share views within the tribunal from an early stage on (Arbitrator Survey 2012 in Sussman, 2014, pp. 90 et seqq). As a result, the arbitrators can benefit from the fact that there are multiple decision-makers involved to correct singular views on an issue by sharing different approaches to the case. For example, to defuse the confirmation bias within decision-making, party-appointed arbitrators could regularly summarize the evidence supporting each party’s case. If this is done in good faith, arbitrators gain credibility in the tribunal and prove that they judiciously and rationally adjudicate on a case while avoiding potential snags in a partisan mind-set (Sussman, 2014, p. 94).

Inadmissible evidence poses another pitfall for arbitrators. Deliberately disregarding available information is not something that comes natural to judges or arbitrators. A study conducted by legal professionals found that judges who reviewed privileged information which was ruinous to plaintiff’s case and then concluded that it was inadmissible were substantially influenced by the content of the reviewed information which led to a drop of plaintiff’s success rate from 55% to less than 30% (Wistrih/Guthrie/Rachlinski, 2005, pp. 1294 - 1298).

Undoubtedly arbitrators face the same challenges in intentionally ignoring inadmissible evidence. There are, however, potential solutions. The IBA Rules have given particular attention to this issue within the scope of document production where arbitrators may review documents in order to decide on privilege objections (Commentary on the revised text of the 2010 IBA Rules on the Taking of Evidence in International Arbitration by the 1999 IBA Working Party & 2010 IBA Rules of Evidence Review Subcommittee, pp. 10 et seq.). Mindful that the review itself could considerably influence the arbitrator’s perception of the case, Article 3 (8) of the IBA Rules permits the arbitrator to appoint an independent expert to undertake the scrutiny of documents instead. In this way, the arbitrator is shielded from information irrevocably impairing a neutral decision-making process.

To enhance these effects, arbitrators in general should knowingly weigh the reliability of evidence they have promised to asses to weigh and consciously scrutinize which piece of evidence has impacted their way of thinking. Also, attorneys could address the psychological effects of inadmissible evidence on the decision-making process even if such evidence was suppressed already (Sussman, 2014, p. 84). However, it might be a strategic faux pas to redirect the tribunal’s attention to problematic information rather than attempting to circumvent it. As often said, this decision must be taken – as most decisions – on a case-by-case basis.

No matter whether attorneys are brooding over the story that they want to present to the decision-maker or whether arbitrators conscientiously search for the ‘right’ decision – flawed thinking is a potential trap that anyone can fall into. Believing to be immune from biases simply constitutes again another bias (Pronin/Lin/Ross, 2002,  p. 369).

In the best of all possible worlds, people would become aware of their own biases and realise that they are no less prone to them as their opponents. Whereas in the imperfect world as it is, “people should at least endeavour to practice a measure of attributional charity” and understand that their adversaries are just as honestly standing up for their true sentiments as others (Pronin/Lin/Ross, 2002,  p. 380). Or as writer Phyllis Rose put it: “There is no neutrality. There is only greater or lesser awareness of one’s bias” (Rose, 1985, p. 77).

In the world of dispute resolution, procedural remedies are limited on this issue. However, the existence of unconscious biases gets more and more attention in the arbitration community. In sharing experiences and regularly practicing debiasing techniques, arbitrators and attorneys can sharpen their awareness on their own biases und perceive them as a call at all times to reflect upon their inner state of the mind.

May coherent stories be told and righteous decisions be made!

Schopenhauer, The World as Will and Representation, Volume II.

E. Pronin, D. Y. Lin, L. Ross, The Bias Blind Spot: Perceptions of Bias in Self Versus Others in Personality and Social Psychology Bulletin 28 (3), 2002.

P. Scott, The Psychology of Judgment and Decision Making, McGraw-Hill, 1993.